Back in 2014, we featured the lovely hangout Bar Central in Stockholm. Designed by Uglycute, the eatery had an awesome combination of brown hardboard, brass details and green palette. It is apparently very popular, and a second venue recently opened its doors on the Birger Jarlsgatan – And its interior definitely lives up to its stylish sister outpost! A similar shade of green as well as zigzag pattern was used here too by architect Frederik Stenberg and artist Jonas Nobel from Uglycute. Still, the place has its own style, its own identity. I’m definitely stopping by on my next trip to the Swedish capital city! 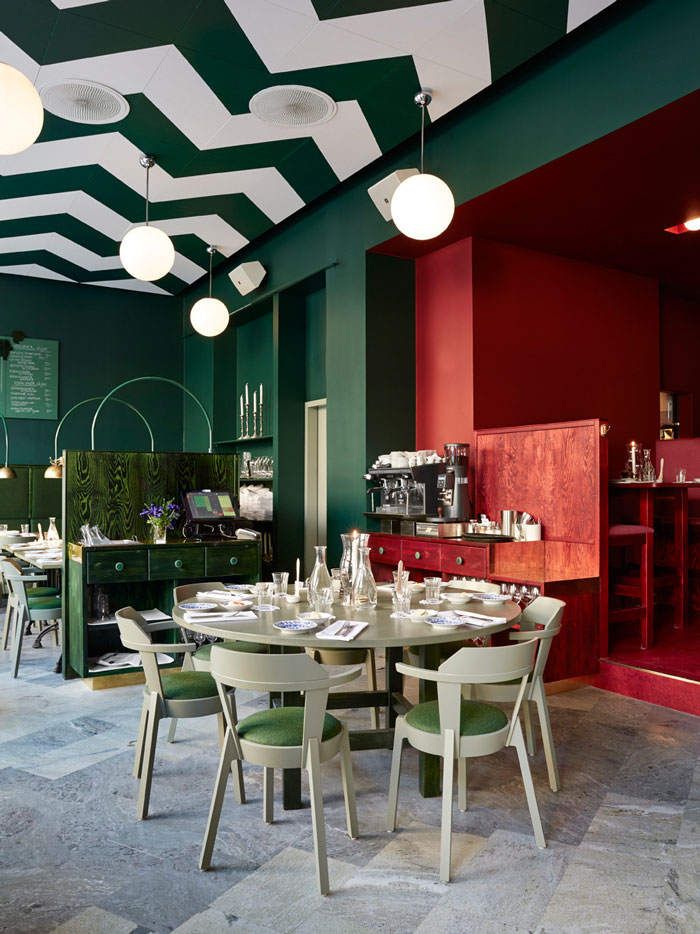 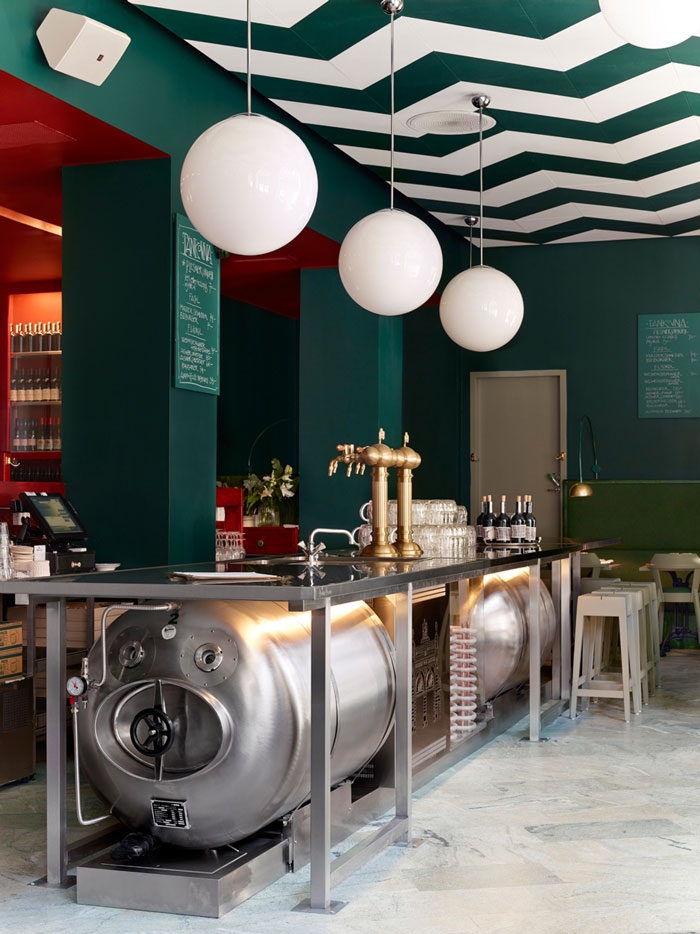 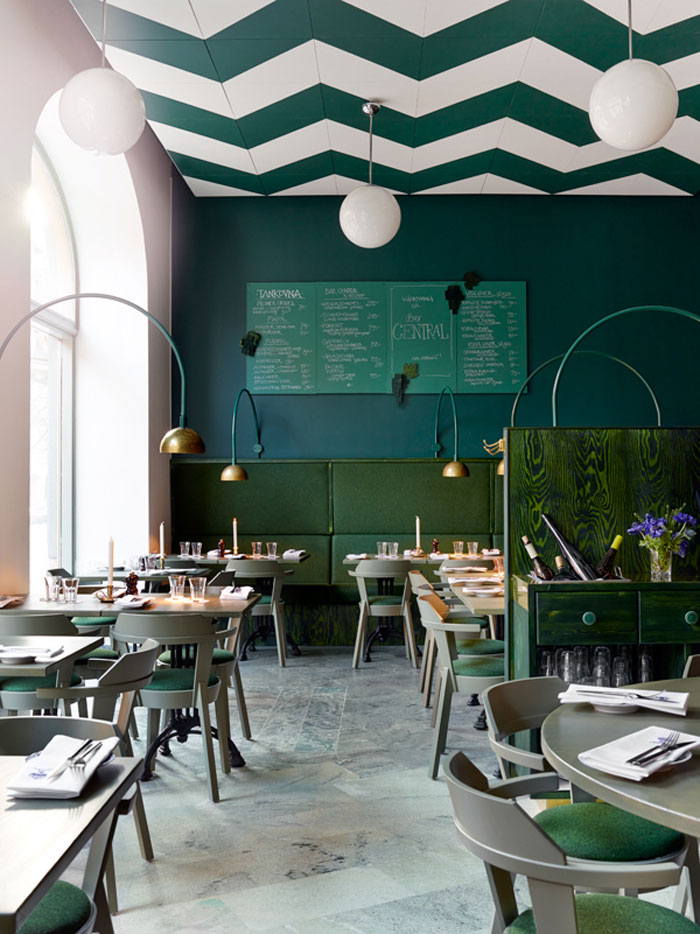 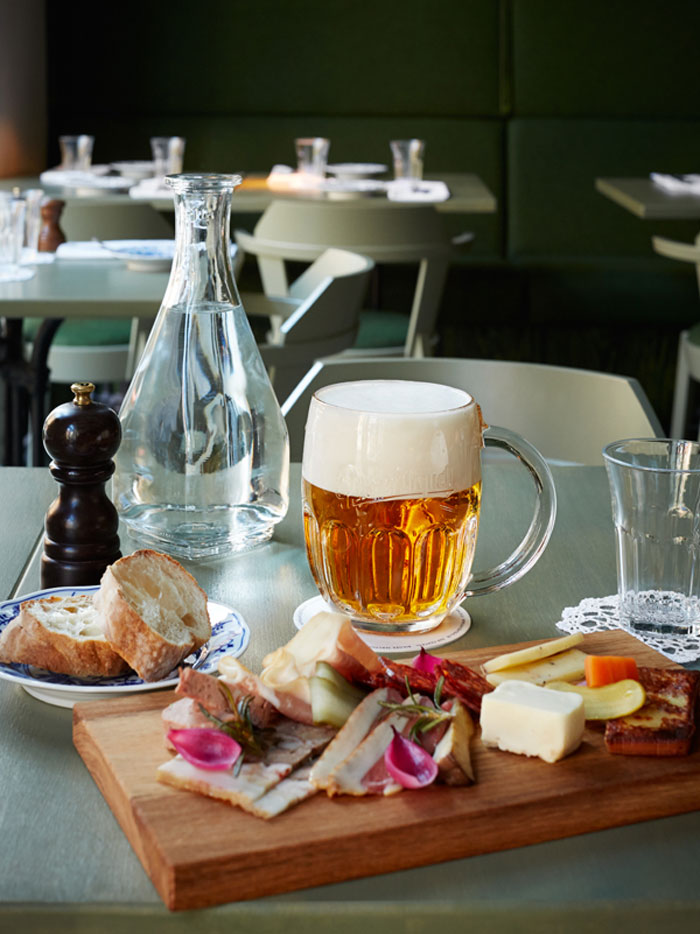