We found this great article by Harriet Walker for The Idependent about how the Swedes and Danes have stormed the British high street (and the world!). Well worth a read!

“The Vikings are coming, and this time, they aren’t wearing silly hats. It might seem reductive to talk about fashionable geographies, but sometimes it is unavoidable. The Japanese in the 1980s, the Belgians in the early 1990s, and now the Scandinavians: all culturally specific aesthetics that have had a broad industry influence. The Japanese designers Rei Kawakubo and Yohji Yamamoto turned the discipline’s traditionally bourgeois nature on its head, while the Belgians Martin Margiela and Ann Demeulemeester worked from the margins to revolutionise the mainstream.

The current clutch of names arriving from Sweden and Denmark are not a homogeneous mass – their methods and motivations are as idiosyncratic as their characters and inspirations. But they do share many traits – such as strong silhouettes and bold use of colour – as well as values: attention to detail and the importance laid on “good design” broadly; and, more specifically, an offbeat, quirky and often humorous sensibility that pervades the clothes from their visual aspect to their virtual ideology, and a sense of investment and practicality.

Trends come and go, but the development of a broader outlook, along with the emergence of new talent and a rise in attendance of international press and buyers at Stockholm and Copenhagen Fashion Weeks, are more enduring. And the British high street is also feeling the effects, with H&M, Cos, Cheap Monday and, most recently, Monki all making their presence known. This may be something of a “Scandinavian moment”, but these labels are much more than a flash in the fashionable pan.

Founded in 1997 by three Danish creatives, Copenhagen-based label Day Birger et Mikkelsen has since gone on to open stores across Europe, supplying faithful customers with an edgy version of latterday prettiness that suits all customers, from teens to yummy mummies. The new line from the label, 2nd Day, launched in August, with a focus on more street-led, youthful denim and jersey casuals, again informed by a relaxed and minimal version of grungy tailoring and easy, modern elegance.

Every season, Danish designer Peter Jensen takes a muse as inspiration for his colourful brand of winsomely naïve but feminine pieces. Past icons have ranged from the actress Jodie Foster to the Soviet gymnast Olga Korbut, and most recently, the singer Nina Simone, with prints on skirts and blouses that range from jazz clubs and piano keys to safari scenes and broderie anglaise.

“Scandinavia is more of a classless society,” he says, “and the fashion is the same, more in the middle, so we don’t have the very expensive luxury things and we don’t have so much cheap tat as you do in Britain; there’s more of a focus on function and quality, maybe.”

This up-and-coming Swedish designer launched her first collection in 2003 and has concentrated since on simple, smart and modern pieces in an unusual palette of rich colours. This season sees the launch of a capsule collection in collaboration with hip department store Urban Outfitters, which will doubtless bring her refined clothing to a broader audience. The range is inspired by the early 1960s – with particular reference to Roman Polanksi’s Rosemary’s Baby – and includes easily worn shift dresses, as well as naïve dungarees and wide-leg trousers.

While the name may initially be off-putting, it stands for Ambition to Create Novel Expressions, and this mission is at the heart of every garment produced by the Stockholm-based collective. Headed by creative director Jonny Johansson, Acne’s slick urban look – which blends statement sculptural minimalism with grungy denims and wardrobe staples – started off simply as a jeans brand before blossoming into the cognoscenti’s label of choice, and showing at London Fashion Week.

“If I could design something that people can have a long-term relationship with, I would be very happy,” explains Johansson. “I want to design a garment that makes you feel stronger and more self-confident.”

A household name in her home country of Sweden, Filippa Knutsson is, perhaps, the Armani of the Scandinavian scene, rolling out sleek, sharp and modern separates since 1993. And like Armani, she associates strong with the values of minimal design and functional apparel.

“Our design history, in a wider sense than just in fashion, is based around clean, pure and simple lines,” she says. “It’s the aesthetics and environment we have grown up in. What appeals to me in having a brand that has minimalism as a core value is also that there’s no room for anything other than high quality in materials and well-thought-through, flattering cuts and fits – you simply have nothing to hide behind.”

Sisters Kristina Tjader, Karin Soderlind and Sofia Malm had all enjoyed successful careers in international fashion before founding their Stockholm-based label Dagmar in 2005. In their collections, trendiness is offset by classically sophisticated femininity, and girlishness is underscored by darker influences. Texture is key, with cardigans and coats made from uncommonly hairy wools, while drape and fit are also important, with cocktail dresses shaped from the fall of eco-friendly jersey as it cocoons the body inside. Having won several prestigious industry awards and shown in New York, as well as launching in Harrods last year, Dagmar is on the rise.

From horror films and online gaming to plastic surgery and the ascetic Swedish Jantelagen movement, Swedish couturier Ann-Sofie Back searches high and low for her inspiration, rendering

classic tailoring and elegant dresses in sumptuous fabrics with offbeat harness detailing, metal inserts, body-con elements and gauzy panels. She has designed her own line since the early Noughties, but recently developed this into her more grown-up Atelje collection, featuring minimalist classics, and diffusion line Back, which caters to a younger crowd. Her quiet luxury and wry sense of humour epitomise the Scandinavian flair for eccentric understatement. “Who wants to design for the weak and mindless?” she quips. “What sets my woman apart is that she needs a sense of humour.”

“Look smashing and feel relaxed!” are the instructions from the trio of sisters behind the Stockholm-based label Minimarket. Sofie, Jennifer and Pernilla Elvestedt founded the brand in 2006, aiming to refresh the market with quirky and humorous womenswear that fitted easily into everyday life. The current collection is inspired by Vikings and Valkyries, with deep reds contrasting with geometrically cut black pieces, all topped off with bowler hats and stompy boots with plenty of attitude. Look out, too, for their leather flatform brogues, topped with a furry Mohican. “We are hard workers,” they say of the Scandinavian invasion. “There’s no getting away from us!”

The “toffel” clog is one of Sweden’s most conspicuous exports, and burst back on to the hipster radar with the explosion in vintage stylings, as well as the rise in popularity of the 1970s mum look. Swedish Hasbeens has cornered the market since its founders unearthed a warehouse of pristine original 1970s toffels and launched the company in 2006. They have since expanded from strappy platform sandals to loafers, heels and clumpy boots, featuring the signature wooden sole and soft but supple leather uppers.

Skovgaard’s signature spike heels and moulded platforms have become a fixture on the front row. The reason? Despite their gothic looks and tottering trendiness, they’re also shoes women can walk in.

The Danish designer first worked in Dubai, creating couture looks for the families of sheikhs, before taking her talents to footwear and enrolling at London’s Cordwainers College, the accessories equivalent of St Martins.

“I tend to use monasteries, graveyards and elements of Bauhaus as reference points,” she says. “Combining contrasting elements such as fluidity and severity, restraint and sophistication plays an integral part in my design. The emphasis is on form, materials and style, rather than decoration.” – Harriet Walker for The Idependent 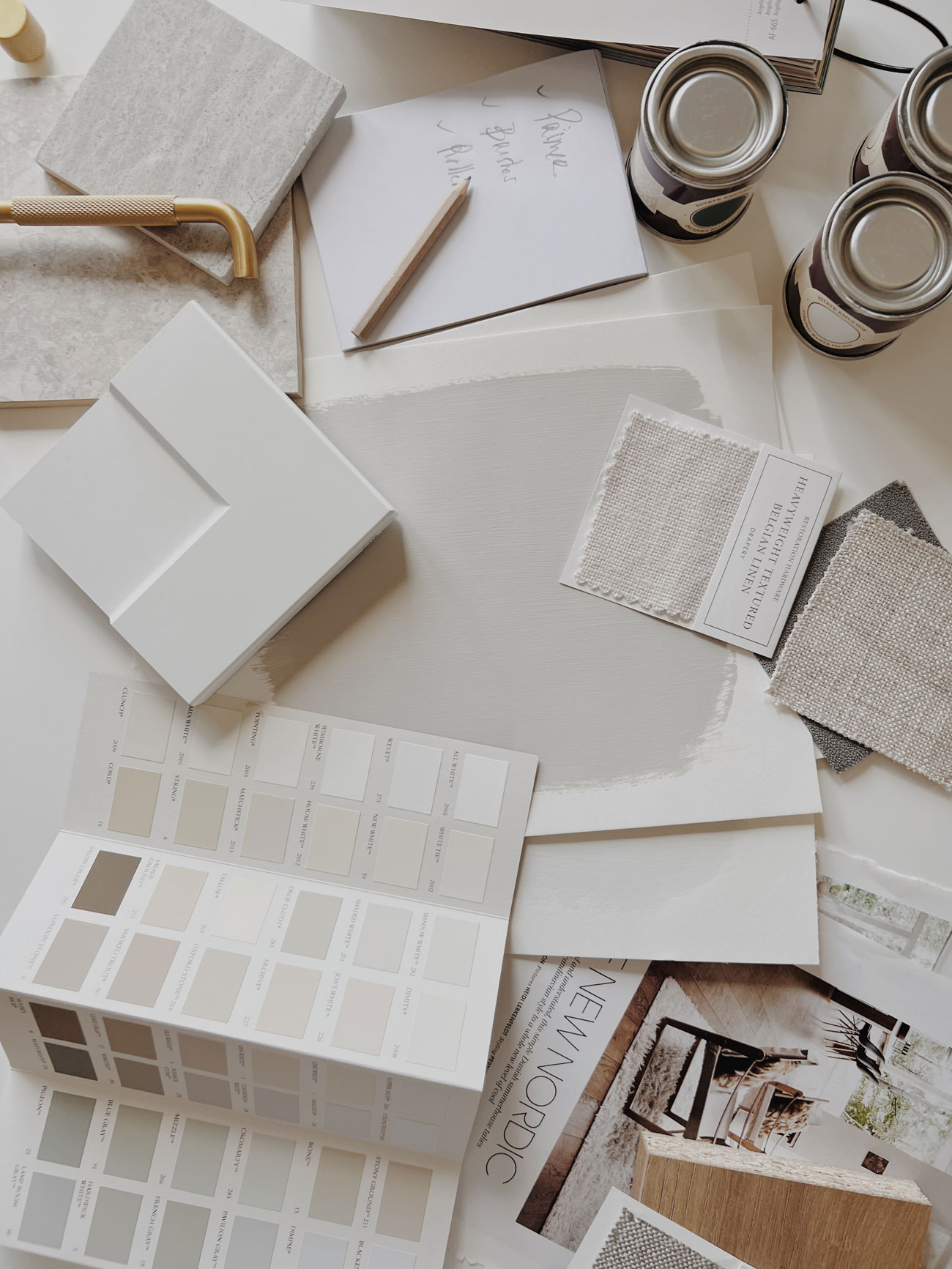