We just discovered ISFJORD and its sleek branding. We love the simplicity of the bottle, and the obvious Nordic touch. Isfjord makes premium arctic gin & vodka from pure and super soft iceberg water from the icefiord of Ilulissat in Greenland and coupled with the flavours of the finest selected botanicals. We’re looking forward to taste it!

About Isfjord:
In 2007 Isfjord discovered the amazing characteristics of distilling spirits with one of natures best kept secrets: The extremely pure and super soft water from icebergs that naturally break from the Ice Cap into the ocean in the icefiord of Ilulissat far north of the Polar Circle. Water that has been preserved as ice for 180,000 years, hidden from the outside world, sealed from any pollutants and almost all forgotten. Just until the very moment where the icebergs scatter into millions of ice pieces and the local icermen harvested a few of them and melt them into the purest natural water on Earth. 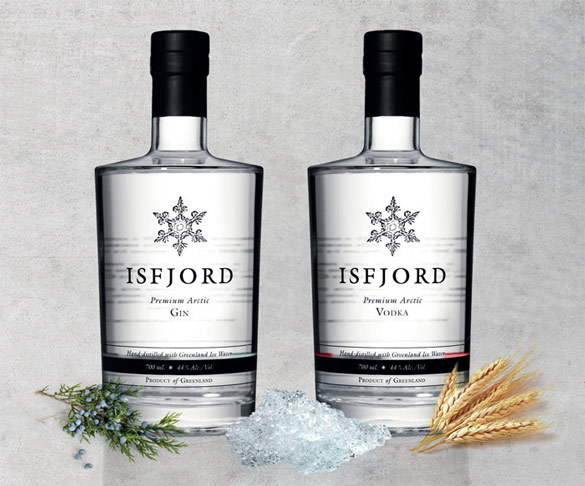