This house lies on the outskirts of Gothenburg, Sweden. Split between two levels, the majority of walls are clad in two-by-eight-foot boards of untreated glued-laminated pinewood. The only areas of the house not finished in timber are the external walls of the basement made from concrete blocks.

“I hadn’t really dug into wood before,” architect and owner Per Bornstein explains. “Then you realize there’s so much wood in Sweden. It’s a cheap material. Everybody can use it. It ages beautifully and it’s instantly cozy. From then on it was just a case of going all the way.”

The goal was to maximize the use of the available space. Rooms blend elegantly into each other, and there is a noticeable lack of doors and blinds. Mirrors have been positioned to increase the sense of scale. “The whole idea is to make the spaces feel as large as possible,” the owner says. “It’s a very functional house. I guess everything is functional when you live in 1,400 square feet.”

The general sense of reduction extends to the color palette too. Bornstein decided that nothing should be stainless steel or white. “We had a hard time finding a toilet that was gray rather than white,” he admits. It also took him six months to find a suitably colored bathtub. “I’d rather have an empty room than stuff I don’t like.”

Read an article from Dwell about the Bornstein Residence here. 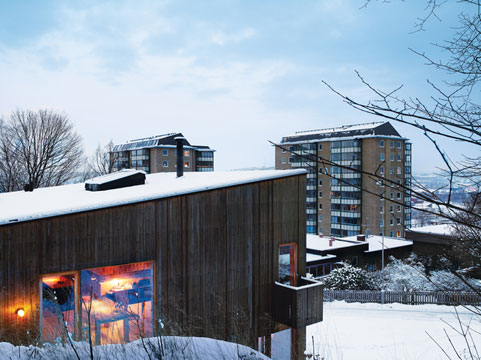 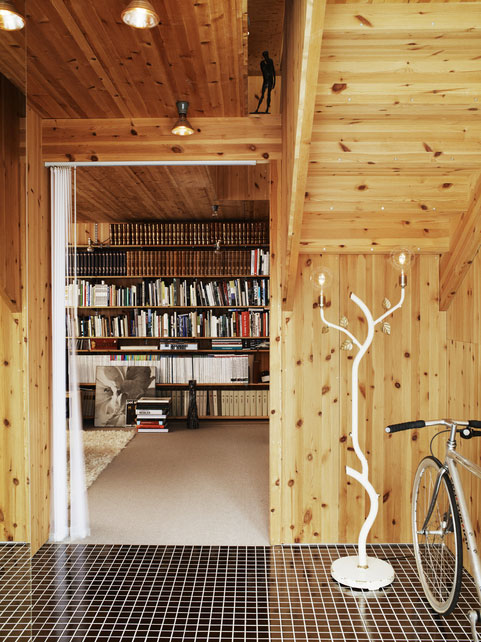 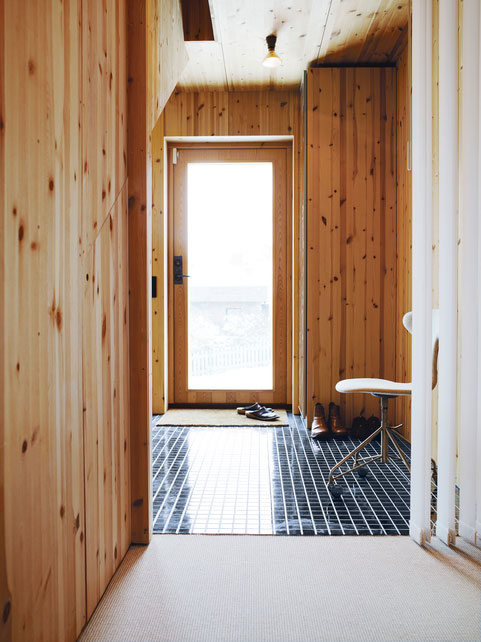 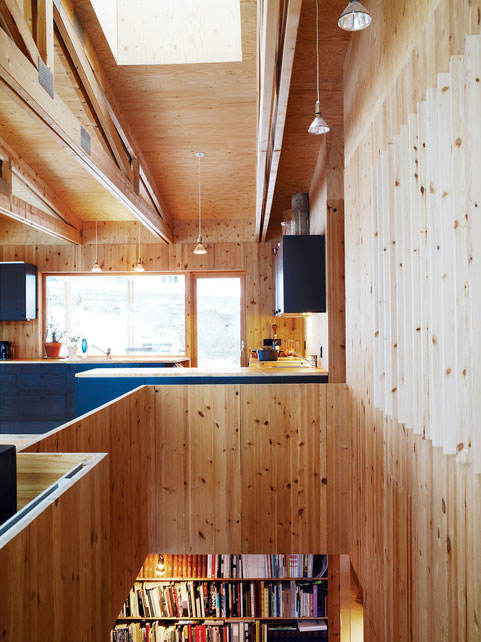 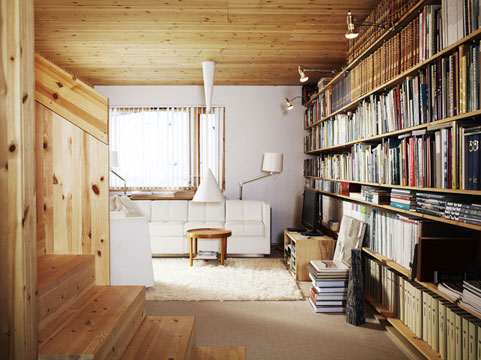 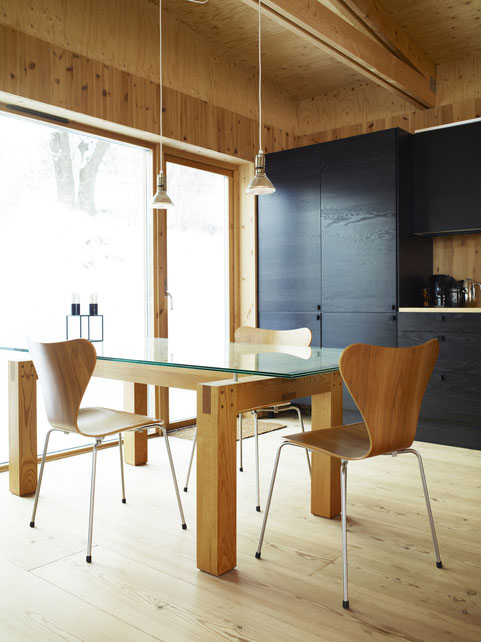 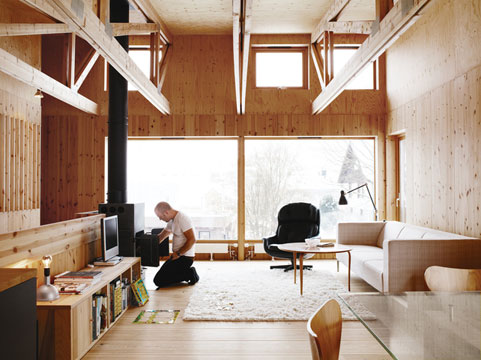 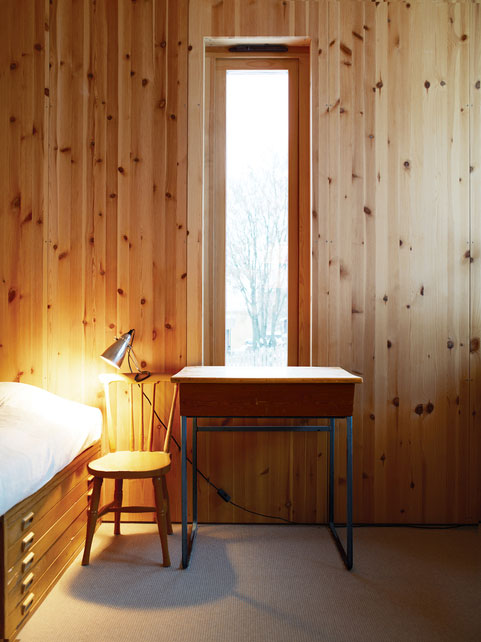 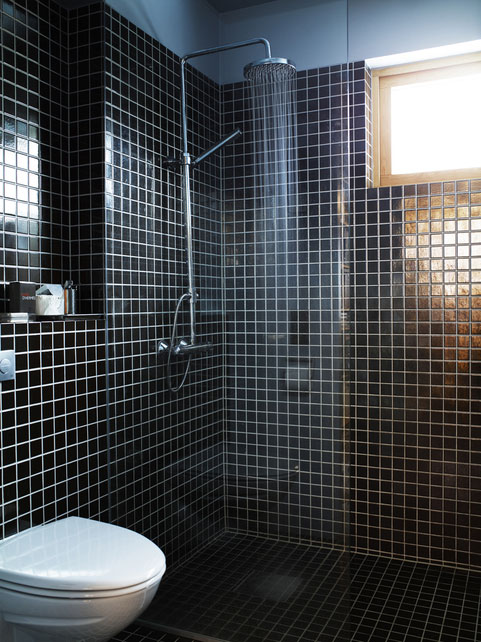