“The Danish firm has spearheaded a plan for an innovative, asymmetrical tower that makes the most of a difficult site and even appears to suspend the law of gravity (see pictures below).

Rigid limitations, rather than stifling creativity, can actually stimulate wild adaptations and lead to results that a carte blanche wouldn’t necessarily produce. Look no further than the proposal for a challenging property in Vancouver from a megagroup led by BIG, based in Copenhagen and New York. The 49-storey Beach and Howe St. tower, which is already being touted as an innovative response to the tower-and-podium architectural style defining Vancouverism, is a feat of ingenious design.

The property in question lies at the foot of the Granville Bridge, which spans False Creek; it’s bisected by a bridge, whose tall ramps wind through the middle of the lot. Any construction on the site has to accommodate not only these ramps but also three metres of clearance on all sides of the ramps, and additional setbacks along the roadways framing the block, to allow for future widening.

That’s not all: to the northwest lies a park that enjoys direct sunlight, and any planned towers for the site would have to be restricted to the northeast end of the property to avoid casting shadows over the park. Of the large site, only a narrow triangle of 560 square metres is suitable for tower-building – and the developers wanted a high-rise that would maximise stunning views of the waterfront and mountains.

Many architects might throw up their hands at this point, but this narrow footprint inspired a design that pushes the site’s limits, producing a jaw-dropping profile in the process. BIG’s partners-in-charge, Bjarke Ingels and Thomas Christoffersen, decided to extend the triangular footprint upwards, and to have it morph into a rectangle along the way, giving the top floors the same orthogonal shape as a less-restricted footprint would have allowed.

“A contemporary descendant of the Flatiron Building in New York City,” is how Ingels describes the triangular footprint, but it’s clear that was only the starting point. Most of the residential tower’s floor plans will be unique trapezoids, somewhere between a triangle and a rectangle in layout.

As a result of this transformation, the building’s east face swoops out dramatically into a curving cantilever, producing a silhouette the architects hope will evoke the sight of a curtain being held courteously aside, welcoming drivers crossing the bridge into the city’s downtown.

The site’s remaining lots will be filled with three buildings that mirror the triangular footprint of the tower, with canted green roofs that jut above the level of the overpass. At street level, retail and offices defined by public walkways will create a new neighbourhood of outdoor spaces largely covered by the bridge ramps overhead. In total, the development will add 60,600 square meters of residential, office, retail and leisure space to an underutilized plot of land.” Source: David Dick-Agnew via Azure 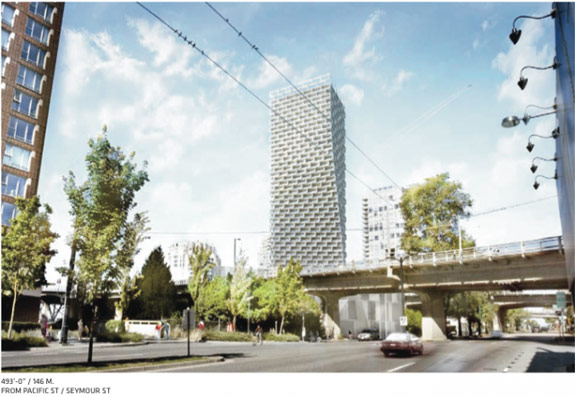 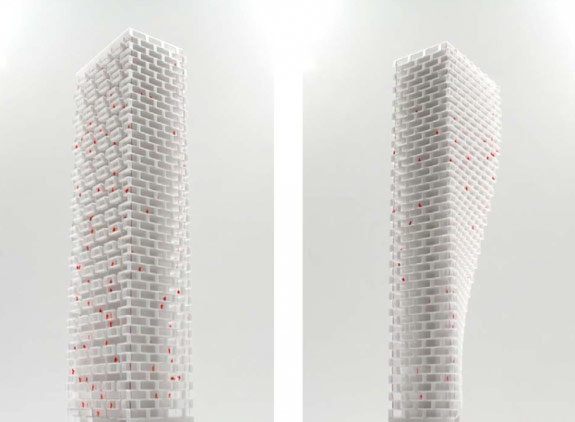 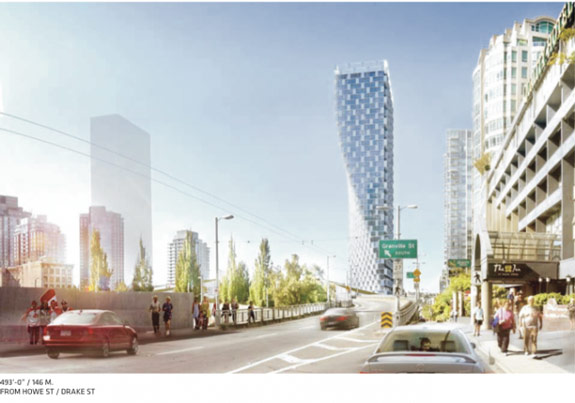 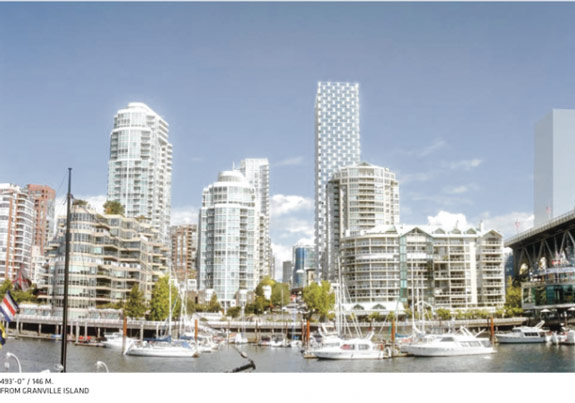 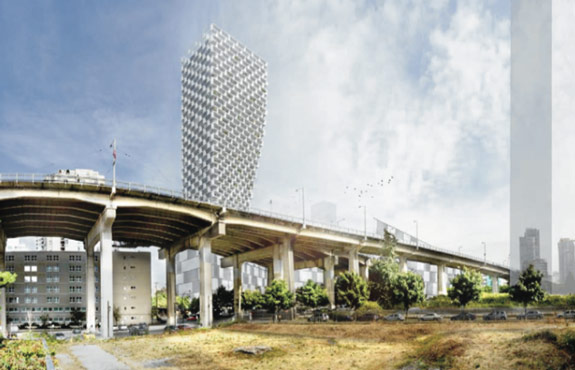 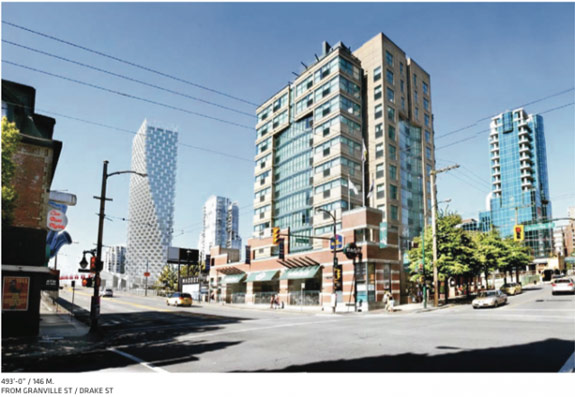 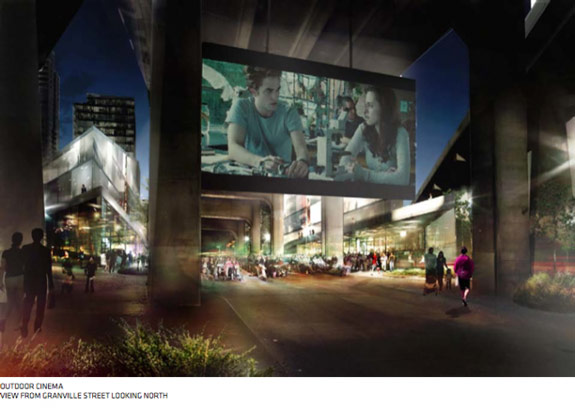 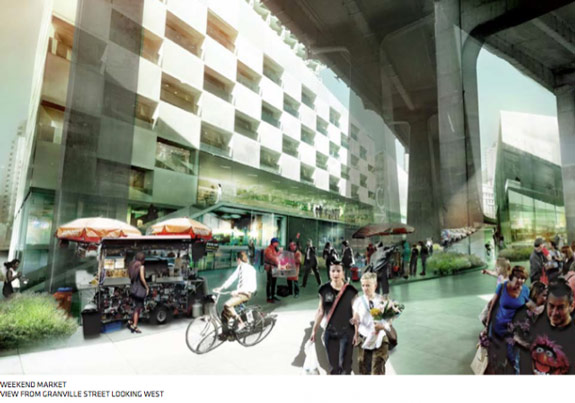 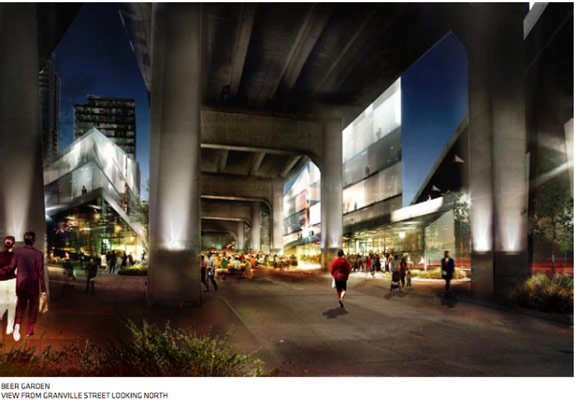