The Danish design company &tradition introduces a new sofa designed by the world famous designer and architect Arne Jacobsen for Søllerød City Hall in 1939. The sofa is one of his early designs and has never been produced before.

“We at &tradition are very proud to introduce the Mayor sofa. It tells the story of Arne Jacobsen’s earlier and lesser known designs. Mayor shows a younger Arne Jacobsen, who even then was constantly evolving and experimenting with his designs,” says Brand manager for &tradition Martin Kornbek Hansen.

“With our introduction of the Bellevue lamps in 2011 and now the Mayor sofa, we are creating a universe centering around the slightly younger and experimenting Arne Jacobsen. The Arne Jacob¬sen designs produced by &tradition are predecessors to many of the products on the market he is known for today,” says Martin Kornbek Hansen.
Arne Jacobsen designed Søllerød City Hall (built from 1939 to 1942) with fellow student Flemming Lassen. Just as the city hall itself, the sofa features a tight and simple design that more than 70 years later still appears modern.
Unlike many modern sofas that are designed for passive lounging, Mayor encourages attentive¬ness and conversation and the high back creates an intimate space in the room, both at home and in larger public spaces.
Photos: &Tradition 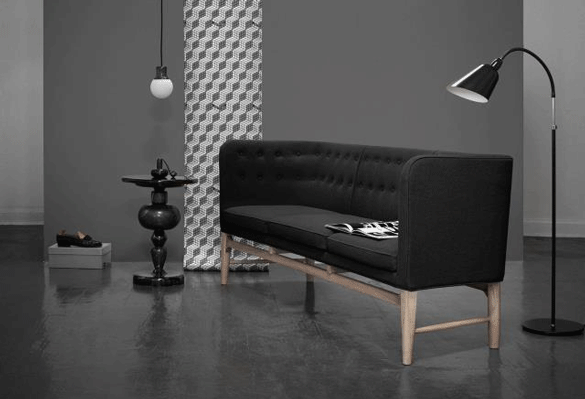 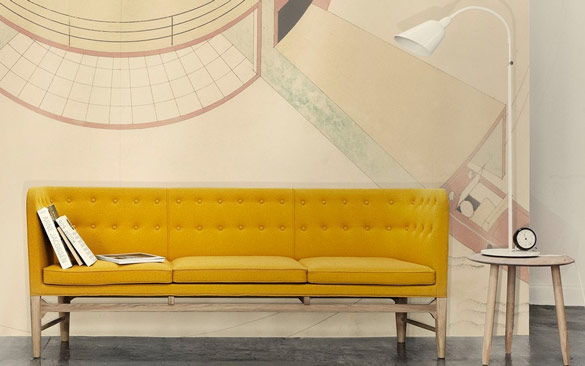