“It’s Chico time! No, this isn’t an article about the return of the depressingly loathsome reality TV star, but something equally off-beat – an American diner in Finland.

For those not familiar with Finnish geography (there must be a couple of you reading), this restaurant is to the west of Helsinki down their M51, in the country’s second largest city; Espoo. Part of a chain that has been serving up artery-distressing North American cuisine since 1991, the branch Chico’s – in the shopping centre known as the Big Apple – has undergone a complete refit from aptly-named designersAmerikka.

Diners can take their pick of counter-top or table eating. The layout of the place encompasses a strange mixture of seating arrangements, which sees some diners on more formal chairs sat opposite their friends ensconced on sofas, so it’s a case of different strokes for different folks. Amerikka’s interpretation of booths are separated by free-standing pine panels. Above, there’s an industrial feel from pipework and chain-link light fittings. A huge 149th street mural dominates one brick wall (debate rages in the We Heart office over whether it’s Lauryn Hill) while the other is formed by a patchwork of small windows. Pretty tasty.” 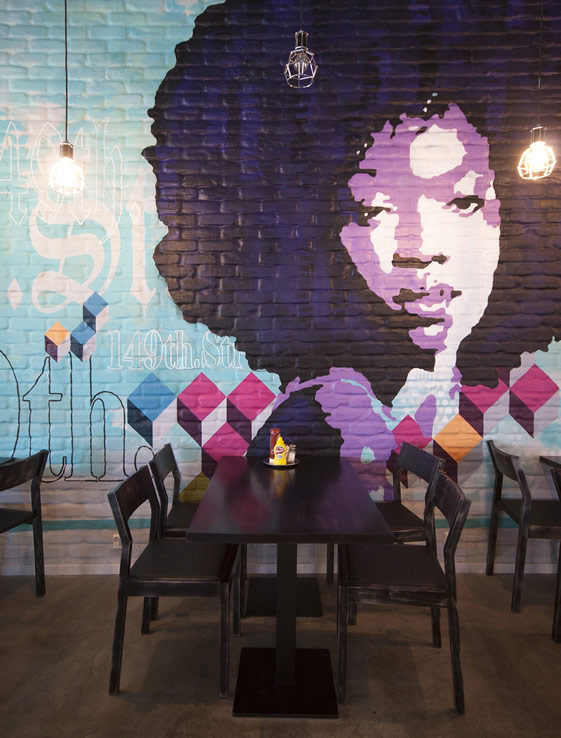 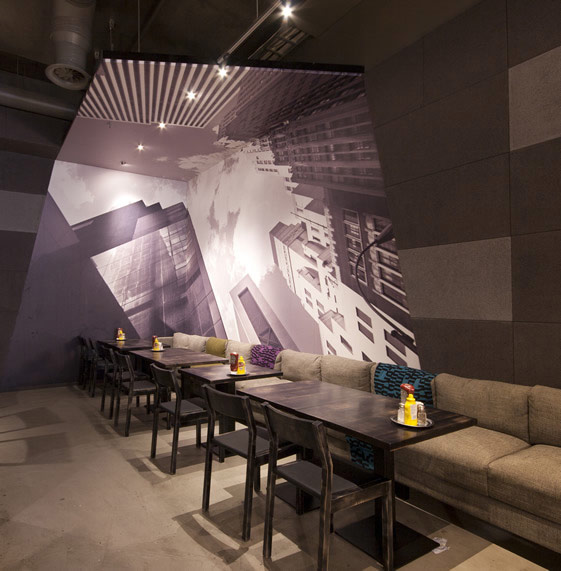 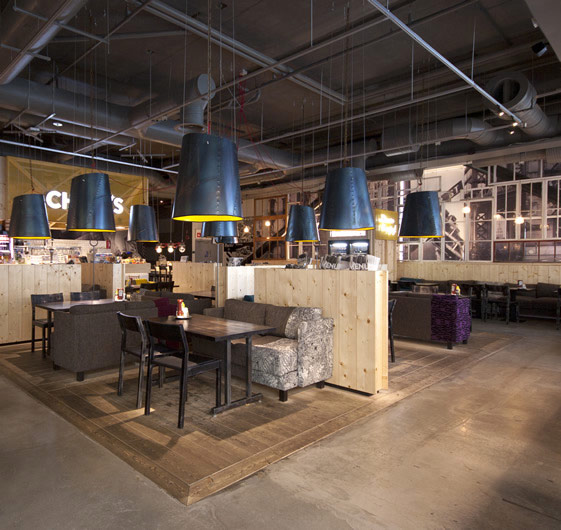 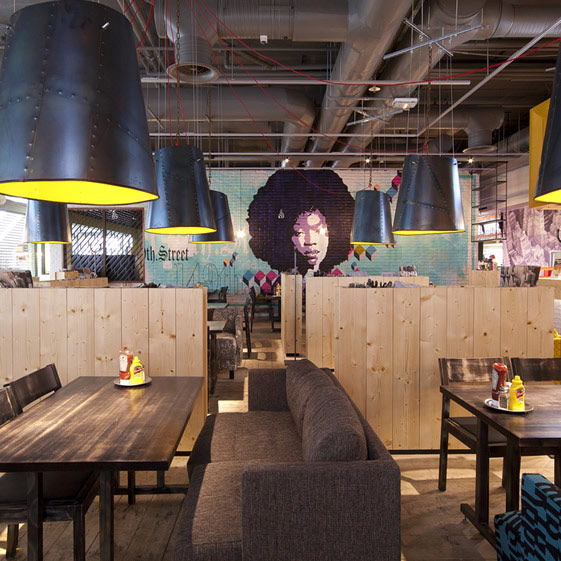 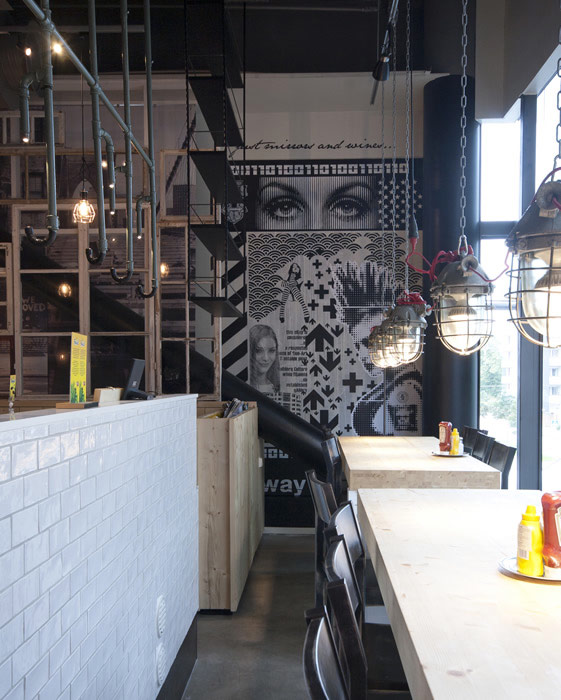 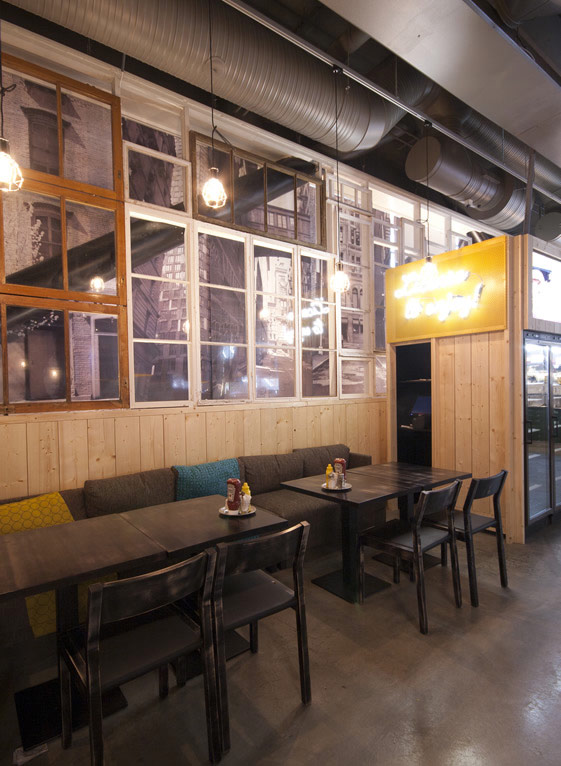 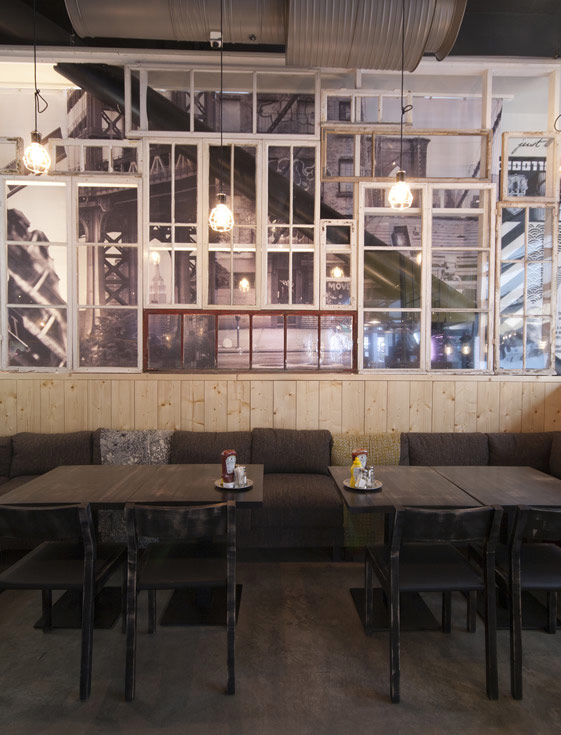