Svenskt Tenn resumes production of textile print Guldfisk – Goldfish – designed by Josef Frank, which has lain dormant in the archives for over three decades. A series of new products will be adorned with the playful print, from textile by the meter to small lavender satchels for the linen closet and aprons for children.

Josef Frank designed the Guldfisk print during his first years in Sweden, 1934-1940. Later, while living in New York, 1943-1945, he developed it further. The print is composed of flower-covered hills, waterlily ponds with goldfish and birds against blue skies.

‘’The Guldfisk print has a more naïve expression than what we are used to seeing in Josef Frank designs. One can also sense an inspiration from old Japanese woodcuts in the goldfish and undulations,’’ says Thommy Bindefeld, Marketing Manager at Svenskt Tenn.

‘’This is a beautiful and playful print that works nicely as a complement to Estrid Ericson’s Elefant print, which is a favorite in children’s room furnishings,’’ says Thommy Bindefeld. 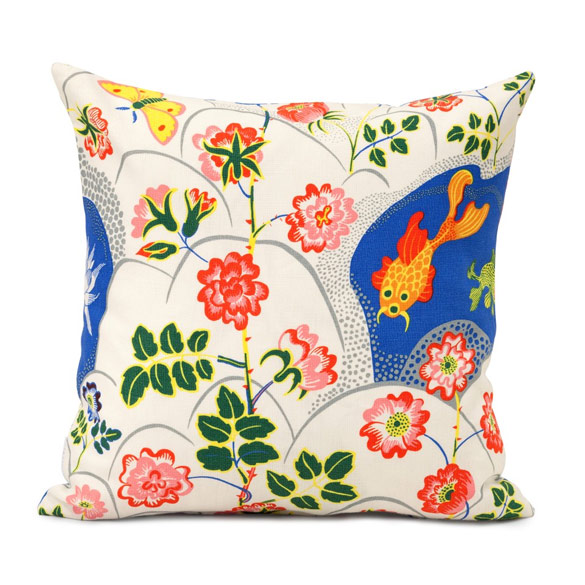 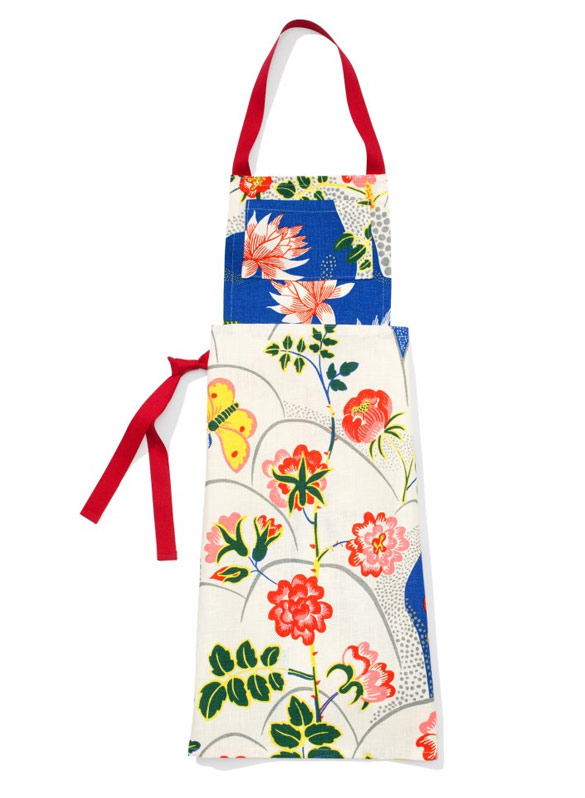 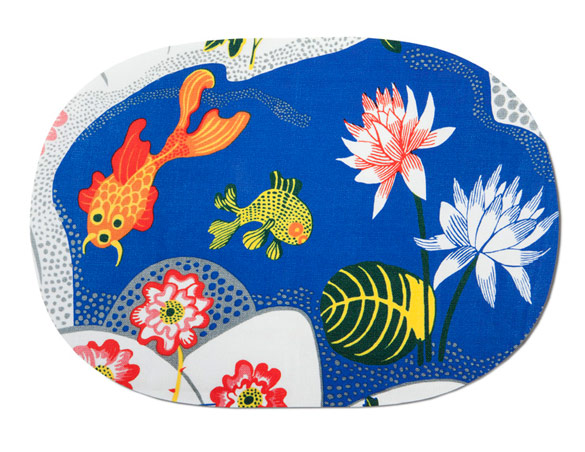