“Lookouts, viewpoints and beauty spots all feature heavily in Norway’s rural architecture, as the forward-thinking government continues its policy of the architectural beautification of its highways and tourist routes. This attitude has spilled over into local municipalities, turning the country into a haven for lovers of modernist follies and eccentric contemporary structures. The latest project to surface is the Seljord Watchtower by Rintala Eggertsson Architects.

The brief from the Municipality of Seljord was to provide a lookout tower that was ostensibly designed for tourists, picnicking locals and bird-watchers. It also helped that there is a long-standing legend about an eel-like lake monster lurking in this 14km long body of water, making an observation tower something of a meeting spot for ardent cryptozoologists.

Strange phenomena aside, the architectural plus points of this modest but compelling structure can’t be faulted. The 12m tall tower appears like a wooden periscope, poking up from the shrubs on the waterside, offering unbroken views down a long stretch of water. With a winding timber staircase leading up to three separate observation spots, the tower is clad in closely spaced wooden slats, allowing it to glow when lit from within after sun-down. Deliberately placed alongside a tall mature tree, the ascent to the top takes you through the canopy to reach the watery view, although sightings of Selma, the lake’s elusive inhabitant, are not guaranteed.” 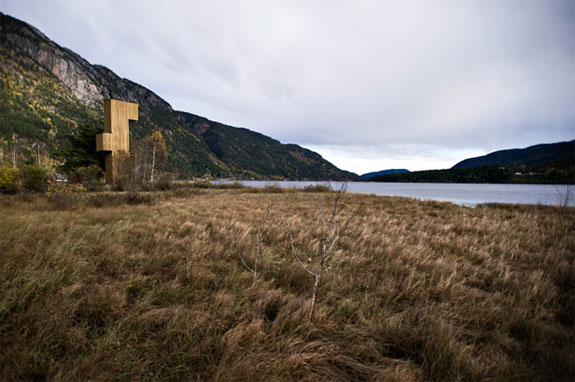 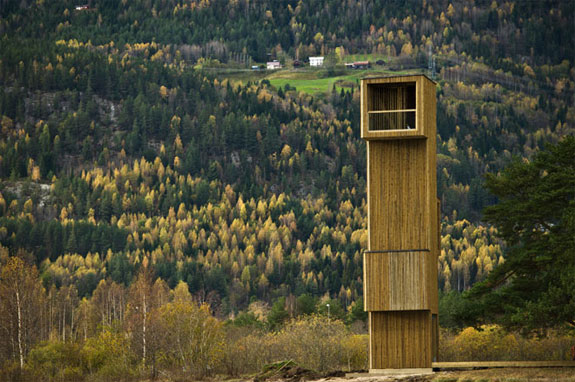 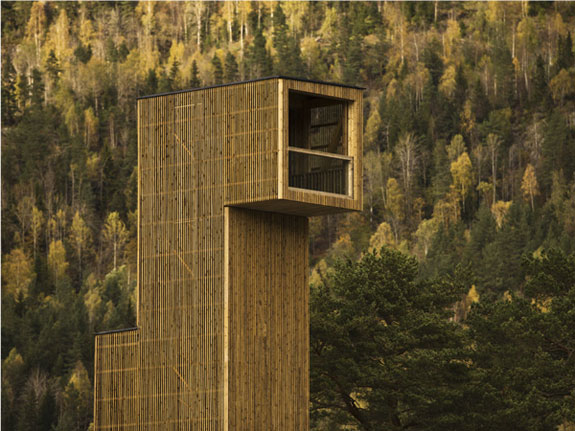