Granimator™ is a graphic wallpaper creator with a difference, giving users the opportunity to create and share design focused wallpapers on the iPad.

With a studio in Malmö (as well as London and New York), ustwo™ has handpicked some of the most exciting design talent from the Nordic region: Clara Terne, Karin Rönmark, Martin Nicolausson, Stina Persson, Tyra von Zweigbergk, Niklas Lundberg aka Diftype and Kristina Gordon aka YapYap (see below for more info on each artist). They all draw from a traditional, hand crafted style and root the collection in the very essence of Nordic design where the traditional meets the modern.

Marcus Woxneryd, director of ustwo™ Malmö, says: “We’re massively proud to bring together such an exceptional group of designers and artists for the Nordic Granimator™ collection. Sweden and the wider region is a hub for design and tech, and a great exporter of talent on a global level. We wanted to contribute to this by giving new audiences a way to experience this talent on a fresh and exciting platform.”

The Nordic Collection can be downloaded for free here.
Learn more about each artist below.

Psst: More Scandinavian artists, such as Finnish Kustaa Saksi, also contributed to Granimator™ for other collections. 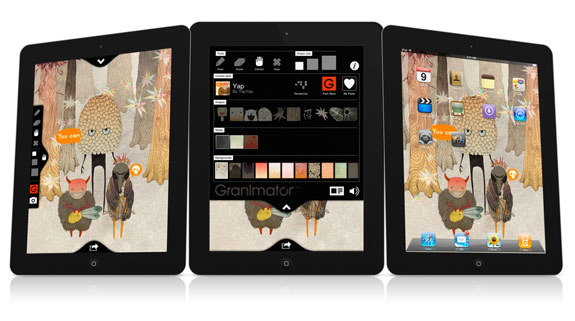 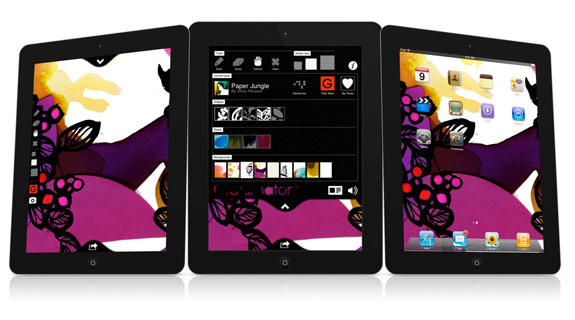 More about the artists and packs:

Clara Terne
Clara Terne is a Stockholm-based designer and illustrator. Clara’s work mixes drawing with digital, it is colourful and playful, mixing intuitive experimentations with a strong conceptual base. Clara has worked with clients such as Cap&Design, Computer Arts magazine, Kartell, Liljevalchs Konsthall, SBAB and Telenor.

Pack ‘The Surrealist’:
An eye, a bottle and a cabinet under a pair of glasses. Now add a cat on top of the bottle and a burger under the glasses. A pack based on randomness, nonsensical logic and Freudian slips.

Karin Rönmark
Karin Rönmark is a recent graduate and freelance illustrator based in Stockholm, Sweden. The invisible, hidden dimensions and imagined worlds fascinate Karin. She investigates the gaps in reality, where dreams and fantasy enriches everyday life with mystery.

Pack ‘Birdsongs’:
The Birdsongs pack takes you to a forest filled with the twittering of exotic birds. Create your own snapshots of the flora and fauna on a birdwatching expedition, or become a bird yourself and see a world of tasty insects and chattering bird friends through its eyes.

Martin Nicolausson
Martin Nicolausson believes in igniting curious thought whenever and wherever he can with equal amounts nostalgia and bold vision. His work plays with the combination of digital and analogue. Martin’s clients include Absolut Vodka, The Economist, Topman and The New York Times and he’s been featured in numerous publications and has exhibited worldwide.

Pack ‘A Great Big Feast’:
Martin’s pack turns the iPad into a table without legs. You are asked to set the table for a sumptuous feast. Start with the tablecloth; add plates, cutlery, glasses, food and abstract shapes. Or, you can create a table after the feast, with dirty dishes and smashed up crockery. Bon appetite.

Pack ‘Paper Jungle’:
Stina’s pack allows you to create and explore your own Jungle. Use whirlwind paper leaves, branches dripping with India Ink, and vibrant foliage in bold pink – and go wild!

Pack ‘Woodface’:
Choose your eyes, noses and graphic shapes to build build faces, characters and figures. Move, rotate and experiment to see what and who turns up on your screen.

Niklas Lundberg aka Diftype
Diftype was established in 2006 as the creative playground of Niklas Lundberg. Lundberg is self taught with a distinctive graphic style influenced by architecture and fashion. Specializing in design and illustration he has worked with a wide range of international clients such as Nissan, MTV, NBC Sports and the Grammy’s to name a few.

Pack ‘Execute by Diftype’:
In this minimalistic pack you can experiment with abstract compositions to create your own artwork from various graphic shapes originated by Diftype.

Kristina Gordon aka YapYap
Kristina Gordon is a Graphic designer and Illustrator living in Copenhagen, Denmark. She creates characters and landscapes inspired by Scandinavian folklore and old tales of the little creatures living in the corners of our eyes. She is intrigued by the idea of secret worlds coexisting next to ours – like magical forests existing in the back of closets. She currently works for digital design studio ustwo™ as well as working on personal projects.

Pack: ‘Yap?’
This is the Yap Forest. It’s full of all sorts of creatures, both the fun-loving and the more eerie who are not afraid to speak their mind. They are little bits of nature which come to life as you walk past. Don’t try looking for them, these masters of disguise only reveal themselves to the very lucky, and only when you least expect it! Create your own magical forest with Kristina’s characters.