Concrete is a captivating material for Pettersen: “It has a raw and cold feel to it. The union of glass and concrete is well known in architecture, but it isn’t necessarily always beautiful. I wanted to smoothly combine opposites in a lamp and show that fierce and sensitive, cold and warm can work well together.”

Contrast fascinates Pettersen, whose studio is based in London. His style is referred to as “industrial luxury” because opposites are a recurring feature in his work. He looks at how well different materials or colours merge in an interesting and functional way without prejudice.

From a technical standpoint, harmonising the stem and glass portion was not easy. “Glass is a great material, but it is also very challenging because it is alive and it makes accurate dimensioning very difficult. However, through the know-how of and good communication with Iittala’s glass factory, we were able to combine concrete and glass into an elegant whole.”

He has worked as a product designer for various studios and clients in London. Mag-nus Pettersen Studio was set up in 2010, launching its first product, the Concrete Desk Set in April 2011. Since then the studio has developed a range of pieces of which some are being launched under the umbrella of internationally acclaimed brands and others being developed in-house. 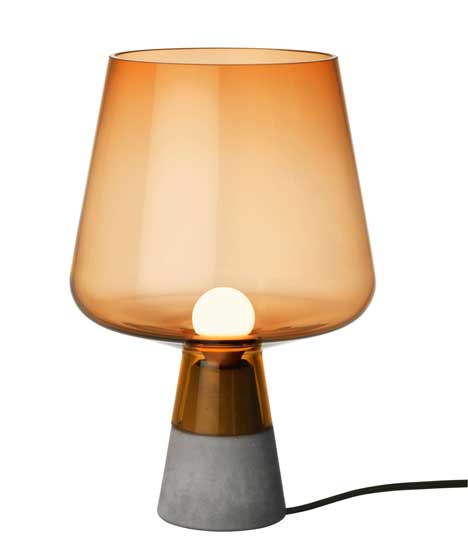