Born to a Swedish mother and Danish father, the Copenhagen-based designer Christina Liljenberg Halstrøm‘s designs are characterised by the quintessentially Scandinavian simplicity, lightness of form and effortlessly casual flair.

Most of her projects feature a sombre, minimalist colour palette limited to charcoal grey and natural wood hues, and she has now created this equally reduced stool named after her eldest son, Georg.

The four-legged ash wood and wool stool was developed for Danish Crafts‘ MINDCRAFT12 exhibition which was organised on the occasion of Milan’s Salone del Mobile 2012 fair and showcased 16 new works by 12 contemporary Danish artists and designers.

More information about the design:

“Georg is a four-legged ash wood stool with a cushion made of grey wool and kapok. The cushion is very simple with internal kapok padding and leather lace to keep it in place. All the components of the stool are visible, and their function takes priority over their otherwise aesthetic and decorative appearance. Christina Liljenberg Halstrøm aims to make objects that the user wants to touch.

As expressed in Georg, this is something she pursues by a variety of means, for example in her choice of materials: carefully crafted wood, soft wool. She also made the cushion wider than the seat in one dimension in the hope that this will encourage people to touch the cushion and examine the piece more closely. The stool was named after Christina Liljenberg Halstrøm’s oldest son, who often keeps her company in the workshop.” 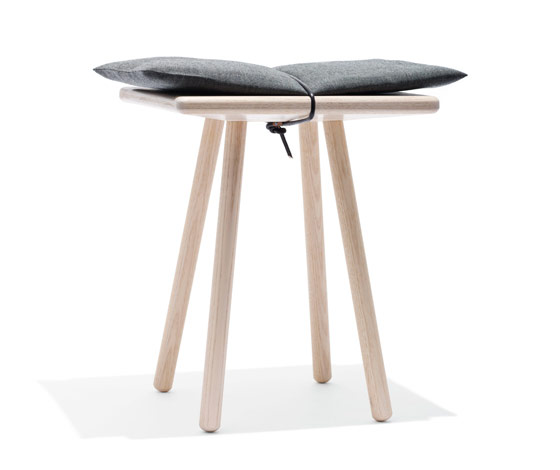 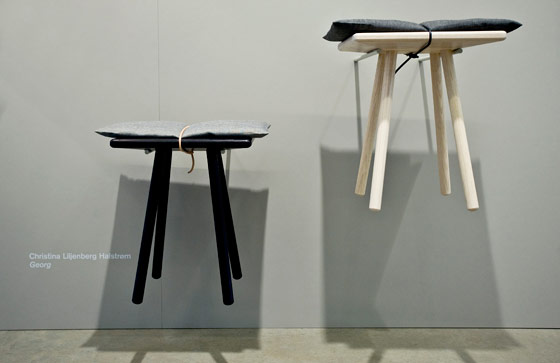 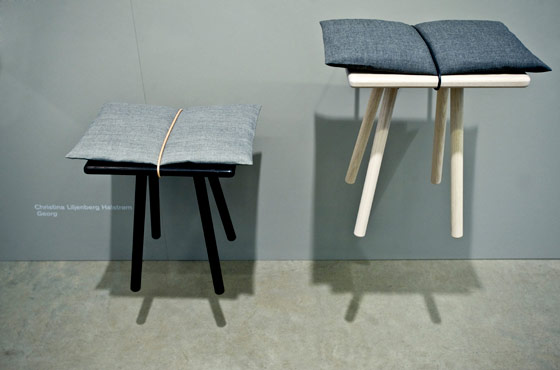